A Bluesman at Home in New York Jazz - WSJ.com 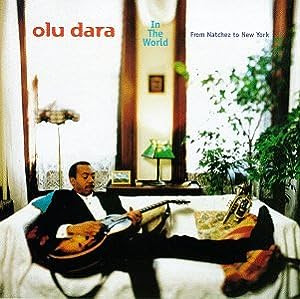 Cover of In the World: From Natchez to New York
A Bluesman at Home in New York Jazz - WSJ.com

In June 1986, Sun Ra, a pianist and bandleader with an adopted name, who claimed Saturn as his birthplace but was really from Alabama, and who cloaked his unclassifiably swinging music in celestial references, inaugurated SummerStage, a concert series sponsored by New York's City Parks Foundation.