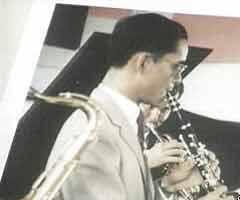 BANGKOK : A charity jazz concert, which will feature a piece composed by the King of Thailand, is heading to Singapore.

It will be part of the annual President's Challenge fund-raising drive.

Jeremy Monterio is the Singaporean musician behind the concert.

In their repertoire is a piece specially composed by the King of Thailand.

Jeremy said: "I picked this song because I just like the harmony. It has a very natural flow, he writes very lilting melodies."

Jeremy admits he may have to give up his title as the "King of Swing" to someone a little more royal.

"He is the real king of swing," he said.

The Thai King is a huge jazz fan and an accomplished saxophonist, who has jammed with giants like Count Basie and Benny Goodman.

He is also a prolific composer.

Jeremy added: "I think he is a wonderful composer and what I like about his melodies is that it can be translated into so many different arrangement styles, it can be played like a ballad or it can be done as a Bossa Nova."

Singapore's ambassador to Thailand Chan Heng Wing had worked with Jeremy for two years to arrange a similar concert in Bangkok.

But the Thai King never got a chance to see the concert due to the tsunami disaster.

Now, President Nathan and Singaporeans who have booked their tickets will be treated to the royal performance instead. - CNA/de
Posted by John H Armwood II at 7:33 PM