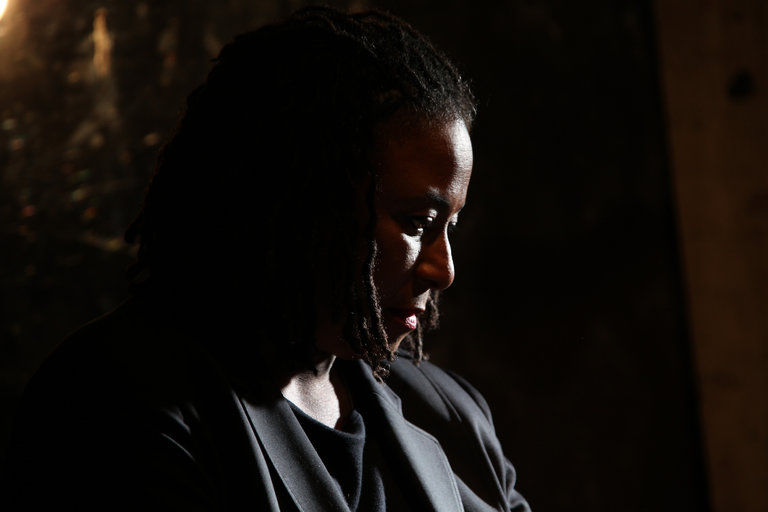 "Geri Allen, an influential pianist and educator whose dense but agile playing reconciled far-flung elements of the jazz tradition, died on Tuesday at a hospital in Philadelphia. She was 60.

Her publicist, Maureen McFadden, said the cause was cancer.

Perhaps more than any other pianist, Ms. Allen’s style — harmonically refracted and rhythmically complex, but also fluid — formed a bridge between jazz’s halcyon midcentury period and its diffuse present.

She accomplished this by holding some things constant: a farsighted approach to the piano, which she used both to guide and to goad her bandmates; an ability to toggle between artistic styles without warping her own sound; and a belief that jazz ought to interact with its kindred art forms across the African-American tradition.

‘The music of most African societies integrates all of the arts, particularly dance,’ Ms. Allen told Marc Myers of the website JazzWax in 2012. ‘By doing this, the entire culture is embraced, not just music and musicians. The result is that audiences have a more vivid sense of music’s importance. The cultural embrace of music has been a big part of my reality and my art.’

Continue reading the main story Ms. Allen first came to prominence in the 1980s, when she moved to New York after receiving a master’s degree in ethnomusicology from the University of Pittsburgh. She soon became a part of the loosely configured M-Base Collective, which united rhythms from across the African diaspora with a commitment to experimental improvising.

She also established a long association with the bassist Charlie Haden and the drummer Paul Motian, both veterans of the jazz avant-garde of the 1960s and ’70s, and played with the drummer Tony Williams and the bassist Ron Carter, former members of Miles Davis’s quintet.

She later became one of the first pianists since the 1950s to make a commercial recording with the free-jazz pioneer Ornette Coleman, who typically found piano players too harmonically restrictive. Around the same time, she filled the piano chair in the vocalist Betty Carter’s quartet, demonstrating an ability to play expressively in a relatively traditional style.

‘She could go anywhere, and she wasn’t in a box,’ the drummer Terri Lyne Carrington, who first played with Ms. Allen in the 1980s, said in an interview. ‘She would talk about things like putting water on chords — not technical terms, but terms that are visual and deal with the other senses. That’s the kind of player that Geri was.’

Ms. Allen was the rare jazz musician of her generation to have an academic background in musicology as well as in jazz performance. She went on to spend 10 years as an educator at the University of Michigan, becoming a sought-after mentor to young musicians, and in 2013 she returned to the University of Pittsburgh as the director of its jazz studies program.

In 2014, she helped found the All-Female Jazz Residency, a summer program at the New Jersey Performing Arts Center for young jazz musicians in their teens and twenties.

Ms. Allen’s academic training and her upbringing in Detroit — a hotbed of black music of various styles — both helped guide her development. On ‘Twylight,’ an album of original compositions released in 1989, she and a band of Detroit musicians used African percussion instruments and newfangled synthesizers. On ‘Grand River Crossings’ (2013), Ms. Allen performed solo piano interpretations of Motown songs, vesting them with a shimmering breadth.

Along the way, she cut a path for a younger generation of pianists — among them Jason Moran, Vijay Iyer, Craig Taborn and Courtney Bryan — who have incorporated their own personal histories into an expansive, globally minded experimentalism.

Reviewing a performance by Ms. Allen’s trio in 2011, Nate Chinen wrote in The New York Times: ‘Her brand of pianism, assertive and soulful, has long suggested a golden mean of major postwar styles. She just as easily deploys the slipstream whimsy of Herbie Hancock, the earthy sweep of McCoy Tyner and the swarming agitation of Cecil Taylor.’

Geri Antoinette Allen was born on June 12, 1957, in Pontiac, Mich., and grew up in Detroit. Her mother, Barbara Jean Allen, was a defense-contract administrator for the United States government; her father, Mount Allen Jr., was a principal in the Detroit public schools.

Ms. Allen, who lived in Pittsburgh, is survived by her father; her brother, Mount Allen III; two daughters, Laila and Barbara; and a son, Wallace. Her marriage to the trumpeter Wallace Roney ended in divorce.

By the end of middle school, Ms. Allen knew she wanted to be a jazz pianist. At Cass Technical High School in Detroit, she studied with Marcus Belgrave, the influential jazz trumpeter and educator. On graduating, she attended Howard University, where she became one of the first students in the university’s jazz studies program, under the direction of the trumpeter Donald Byrd.

After receiving her bachelor’s degree, Ms. Allen moved briefly to New York, then accepted an invitation to study at Pittsburgh, where she also worked under the pianist Nathan Davis and the Ghanaian musicologist Joseph Hanson Kwabena Nketia. For her master’s dissertation she wrote a musical analysis of the iconoclastic saxophonist, bass clarinetist and flutist Eric Dolphy.

He featured her on his debut album, ‘Motherland Pulse,’ beginning a long association.

Her own debut, ‘The Printmakers,’ a 1984 trio date with the drummer Andrew Cyrille and the bassist Anthony Cox, is a startling display of rhythmic and melodic mutability, as well as her inventiveness as a composer.

It was the beginning of a recording career that spanned about 20 albums as a leader, including dazzling solo piano records; collaborations with choruses and tap dancers; and an array of small-group albums that range from acoustic jazz to avant-funk.

She received an array of accolades over the years, including a Guggenheim fellowship; Denmark’s Jazzpar Prize (she was the first woman to win it); the African-American Classical Music Award from Spelman College in Atlanta; and the first ‘Lady of Soul’ prize for jazz, awarded by the television show ‘Soul Train.’

In her final years Ms. Allen released a triptych of solo piano albums on Motéma Records, and played often with two trios, both with Ms. Carrington: one including the saxophonist David Murray, the other featuring the bassist Esperanza Spalding. In both of those ensembles, Ms. Allen was wont to cut things loose, subverting the tempo or abandoning a song’s structure..

‘Audiences aren’t always given credit for being emotionally aware,’ she said in the interview with Mr. Myers. ‘I’ve found that most people are quite capable of internalizing emotions that are stimulated by music and art, even if the music isn’t immediately familiar.’