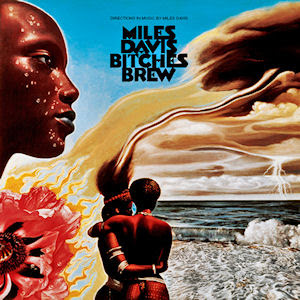 A new collectors edition of the groundbreaking jazz fusion album recorded by Miles Davis will be released Tuesday, marking 40 years since its legendary debut. NY1's Stephanie Simon filed the following report.
Forty years later, many are marking the anniversary of Miles Davis' legendary recording "Bitches Brew."
At a recent Celebrate Brooklyn concert in Prospect Park, "Bitches Brew Revisited" saluted the musical pioneer. The band includes some who played with Miles and others who were inspired by him including DJ Logic.
"It feels good to see the old and the young just coming out and supporting and just seeing something unique as well as paying tribute to Miles Davis and the legacy and the music," says DJ Logic.
Drummer Vince Wilburn Junior played for several years with his uncle.
"To me it was like I was a student and he was like the master, the jedi," recalls Wilburn Jr.
Miles Davis wasn't just a musical genius, he was also a brilliant marketer and promoter. In the late 1960s and early 1970s, at a time when rock and roll acts were attracting the big crowds, Davis traded his more traditional look and sound for electric instruments and a rockin' style. The music was called fusion. The album was called "Bitches Brew" and it sold hundreds of thousands of copies. And while some called him a sell out, he was selling out large venues and records, just as he had hoped.
"Miles was a forward thinker so being around him and playing with him, you never knew what to expect. He just had visions in his head and he wanted us to carry it out. He didn't care about what people thought," says Wilburn Jr.
To mark the anniversary, a box set cd and live DVD are being released -- remixed by DJ Logic. A biopic of the restless and experimental musician is also in the works with Herbie Hancock doing the score and actor Don Cheadle tapped to play Miles.
More...