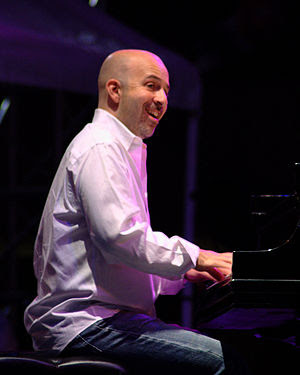 Pianist Peter Martin and bassist Christian McBride have been playing jazz together since they were teenagers. So when they take the stage Saturday evening at the Sheldon Concert Hall, expect a concert that's as intimate as it is entertaining.
It's the latest presentation in the "Peter Martin Music" series, which features the St. Louis-based Martin in the company of musical acquaintances. The pianist is best known for his work with singer Dianne Reeves, who was his debut guest in February. The concert with McBride will be the fourth in the series, which Martin says is attracting listeners beyond the usual jazz crowd.
"That was definitely a goal of mine," said the successful band leader, who has also served as sideman to top artists including saxophonist Joshua Redman. "And I think the audience is enjoying it."
The piano-bass duo is one of the more challenging configurations in jazz, and the prospect of hearing Martin and McBride interact is intriguing.
McBride, 38, is considered one of the foremost jazz artists to emerge in recent years. Early in his career, his skills as a bassist were showcased on such albums as trumpeter Wallace Roney's "Obsession" (1991) and Redman's "MoodSwing" (1994).
More...